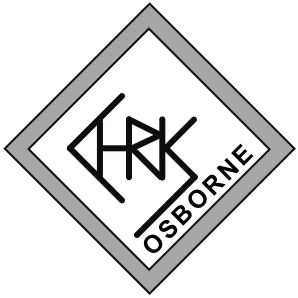 The Story Behind the Painting

I really wanted a photo showing the pelicans feet but unfortunately I only had ones of them swimming in dam or lakes.

I photographed this particular pelican named Peter, swimming in the late afternoon sun on Corella Dam, that’s between Mount Isa and Cloncurry Queensland. I’d just finished setting up camp, munching on an apple or chocolate more likely as I was admiring the view. Peter swam past giving me the nod of approval at choosing a rather stunning location. Peter flapped his wings madly, raising his body out of the water in a very undignified way, doing a good 30 meter tap dance on the waters surface before becoming airborne. Once in the air the pelicans are quite majestic but taking off is anything but.

As you can see from the photo above, the water was a very dark blue colour, however this wasn’t going to fit with the light theme of my exhibition. I decided that a more pastel approach would be more fitting.

Not having much experience in painting water I thought that’s a good place to start. After I placed plenty of water on the paper I then added the tiniest amount of colour to create the water ripples.

Now focusing on the beak I also had to continue using a pastel pallet to show the almost transparent bill of Peter.

Next I painted the eye, head and back of neck, which was a cross between feathers and fluff.

Now Peter had a little character, I started working on his black and white wing feathers. The black ones were not too much trouble as its easy to add a little colour and a few highlights. White feathers are so much harder to paint, as adding the wrong colour can make the feathers look a rainbow. Also too much grey or brown can make the feathers look dirty and not very pleasing to the eyes.

Having Peter swimming on the water I could now work on the reflections, I call this grounding your subject or placing them in the environment. I’m sure there is a more technical name for it.

Sorry, had to pause for a spider walking across my laptop, blogging outdoors certainly has its drawbacks that’s for sure. I have beautiful views over another dam, with a rather strong but warm wind. Above me is a wasp building a nest and last week I saw a foot long python in the toilet block. No it not me bragging, it really was a spotted python identified by my snake loving cousin Chris.

Now I’ve lost track of the spider, which I’m sure its going to make an appearance later when I least expect it.

I’ve also befriended a magpie which seem to like some of my breakfast that was left unattended while I was selling greeting cards to a neighbour camped next to me.

So back to the painting, I usually finish 98% of what I’m painting on a night time, take a photo and go to sleep. In the morning with fresh eyes I will then give the painting a once over and make some final touchups finishing by sign my name CHRIS.

Peter Pelican was a quick painting with a limited pallet mainly black and white. The detailed parts of this painting been the beak and head which consumed most of my time.

My painting come from my own experiences that I have lived and photographed while traveling. By reading this blog, you as a viewer can now hear The Story Behind the Painting. Where, when, what was happening while I was photographing the wildlife.
If you want more details about my adventures checkout my travel blog website www.ChrisOsborneAdventures.wordpress.com

← Dreaming of Winter
Mother and Child →